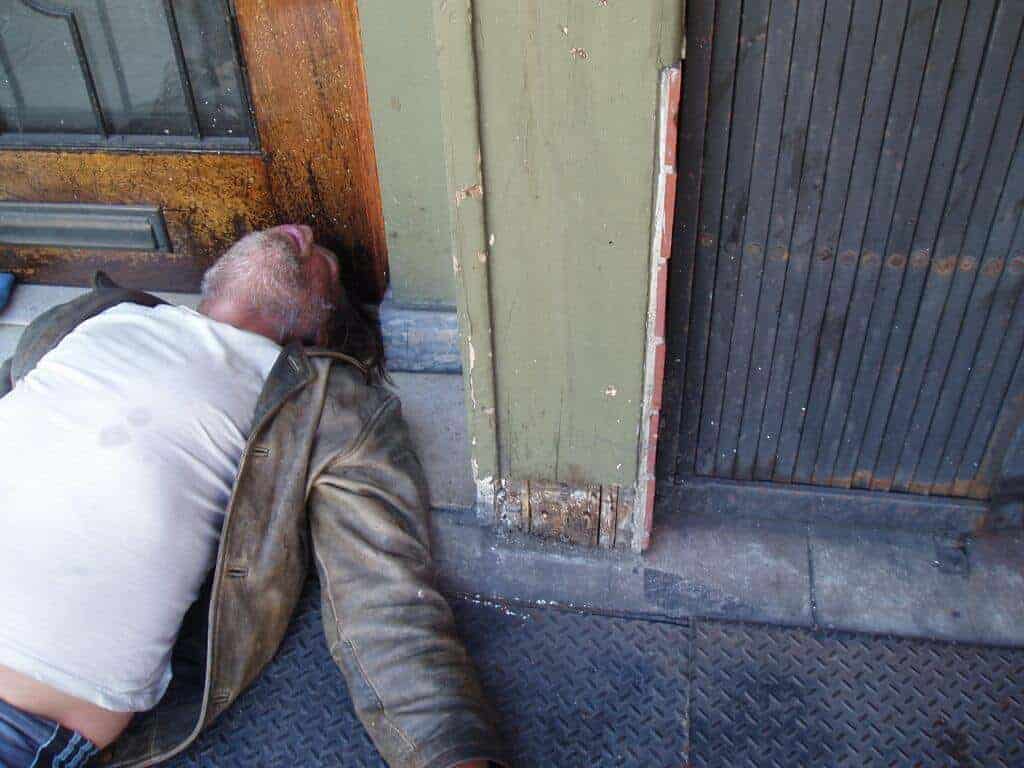 When I lived in LA, I would occasionally run into famous people, or at least people who were on TV. They were always shorter and less impressive than I imagined, and, if I caught them in the lobby of a hotel where they were working a room, they were caked with make-up, corpse-like and scary. This was before the popularity of vampires and zombies so I’m pretty sure it was unintentional.

Now that I’m getting older (old), I realize that most things are often more gritty up close, and working in the City by the Bay is a perfect example. We do most of our work in Pac Heights, Lower Pac, South of Market, occasionally Richmond and Sunset. Sometimes we work in the less desirable neighborhoods too.

The wonderful picture you see above is of an unfortunate human who obviously made some wrong turns in his life but is now famous (infamous?) in his own unique way. I was hired to fix a few stone problems at a magazine shop in the Tenderloin, also know as Little Saigon.

When in the city, the ten most difficult things to deal with are:

So here I was, presented with a conundrum that we don’t see often in the suburbs. I needed to move this slumbering human from my work area, not get a parking ticket and make the client happy. Since this guy wouldn’t wake up (but was breathing), I had to move him. With the help of the client—who has experience with these situations on a daily basis—we managed to move this guy out onto the main part of the sidewalk. I was thinking the police might think we were mobsters headed for a Caddie trunk, but no officer materialized.

At the same time—and oddly disconcerting–I was admiring the guy’s leather flight jacket, which was somehow just scuffed and wrinkled enough to look kind of cool, circa Tom Cruise Top Gun.

Anyway, we got the guy moved and I went to work with one eye on the meter, one eye on the sleeping Tom Cruise and one eye on my tools (yes, I have three eyes), as the client expressed concern that someone—even the hookers!—might find my tools and grout valuable for some future stone work of their own I guess.

Working in any city—I’ve been to New York a couple of times for example—has glamour, excitement and Trump Tower glitter. But there is always a seedy side to every real city, the underbelly that pulp fiction writers like to write about, the same underbelly that service workers have to work in and step over every day.

So next time you see someone washing windows or painting a façade or fixing the stone on a sidewalk, remember we are the champions who keep the city what it is, even if we’re not famous.